Hollywood celebrity gossip tells us SEAN PENN commented on his ex-wife MADONNA and said that that she’s so hot. 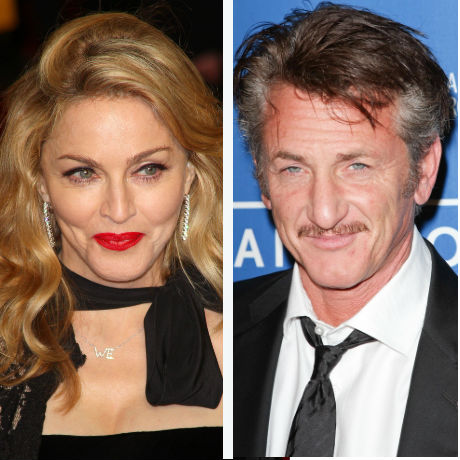 Sean Penn reportedly went to see his ex-wife Madonna during her “MDNA” concert in Los Angeles last October 11 and sources reveal that he may just be harbouring long lost feelings for veteran pop star.

The single actor, who was married to Madonna from 1985 to 1989, was reportedly raving non-stop about his former love and just “couldn’t take his eyes off” her.

As a source put it in the latest issue of Us Weekly:

“Their chemistry was off the charts. Madonna seemed to be performing entirely for Sean.”

Never mind the fact that they had a pretty rough and brief marriage before divorcing and moving on to marry (and divorce) actress Robin Wright and director Guy Ritchie.

Do you think Sean Penn is interested in reconciling with Madonna?

This entry was posted on October 27, 2012 by moviestargossip in Madonna and tagged Celebrities, Gossip, madonna, sean penn.